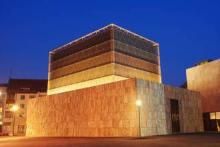 This program will explore historical evolution and conflict within social, political, racial, religious, and cultural constructs – focused on events occurring within and emanating from the Bavarian region of Germany. Famous for its picturesque mountains and castles, for centuries Bavaria has also been a crucible for wrenching social change, and has fostered radical domestic policy and world-views ranging from "Mad" King Ludwig to the Third Reich. Students will learn and debate the philosophy and practice of social engineering within the German historical context – while touring the actual sites where the policies originated and were put into practice.

Topics for study will include:

Historical sites students will tour include: