Issac Rivera (Chicano, Huichol) is a PhD Candidate in the Department of Geography at the University of Washington, member of the Colorado American Indian Movement and council member for the Fourth World Center for the Study of Indigenous Law and Politics. He participated in the 2019 Summer Institute for Global Indigeneities, 2019 Simpson Center Summer Fellowship on the Digital Humanities, and is currently an AIIS Scholar with the Center for American Indian & Indigenous Studies (CAIIS).

Alika Bourgette is a PhD student in the University of Washington Department of
History. His dissertation research investigates Native space-making, gender, and kinship in Kakaʻako, Honolulu in the late 19th and early 20th centuries. He participated in the 2019 Summer Institute for Global Indigeneities, 2020 Simpson Center Mellon Summer Fellowship for Collaboration in the Humanities, and received the 2019-2020 Yale University LGBT Studies Fellowship. His upcoming book chapter, titled “Kanaka Waikīkī: The Stonewall Gang and Beachboys of O'ahu, 1916-1954,” has received publication in Keith Camacho’s Reppin’: Pacific Islander Youth and Native Justice with University of Washington Press (April 2021).

Carlos Salazar-Zeledón is a theatre artist and doctoral candidate in Drama, History & Theory at the UW, and is writing a dissertation on religious performance traditions in Central America, based on postcolonial theory with an ethnographic approach. He obtained his BA and his Graduate Diploma at the University of Costa Rica, where he had ten years of teaching experience in the undergraduate program of the Drama School. Working simultaneously as a director, dramaturg and researcher, his artistic work explores the contemporary staging of classic texts using an interdisciplinary approach whilst his research examines the contemporary religious public performances in Latin America (pilgrimages, processions and enactments). His interdisciplinary projects also look at the Spanish Golden Age and the Spanish Modernism focusing specifically on their influences in Latin American theatre. He is the recipient of the 2019-20 Arlene Hunter Scholarship (UW), as well as the School of Drama’s Barry Whitman Research Grant (2019). His articles and reviews are published in Paso de Gato (Mexico), and the Texas Journal of Theatre.

Ellen Chang is a doctoral candidate in Comparative Literature, Cinema & Media at the UW, and is writing a dissertation on the transactional encounter between contemporary Taiwanese video art/installation, cinema, and popular culture as processes of aesthetic decolonization. Her recent work on sound and audio walks sees this relationship as borne out of Taiwan’s complex historical relationship with China. As a simultaneous film scholar and art curator/practitioner, she is moving towards more engaged, sensitive, and practical understandings of how multimedia art reflects the (re-)occurring themes of everyday politics across international geographies. Her project, “Untitled Vignettes: Multisensory Encounter, Audiovisual Symphony, and the Contemporary Multimedia Art of Taiwan,” received the 2019 Digital Humanities Summer Fellowship from the UW Simpson Center for the Humanities. She is currently the committee member of the UW Taiwan Studies’ 2020 workshop, Land/scaping Taiwan (Non-)Humans, Environment, and Moments of Encounter, and the managing editor for Feminist Media Histories: An International Journal. 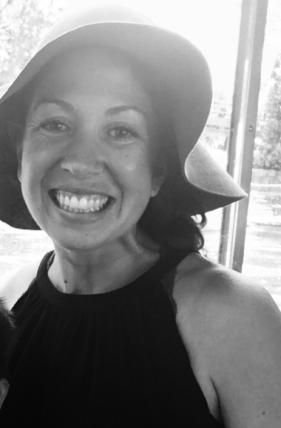 Lydia Heberling (Yaqui and Apache descent) is a doctoral candidate in the English department and is writing a dissertation about aesthetic and formal innovations in Pacific coast Indigenous arts and literatures. She participated in the 2017 Summer Institute on Global Indigeneities; led the Indigenous pedagogies group on the 2018 EWP’s Diversity, Equity, and Inclusion Collaboration grant, which emphasized collaborative development of writing curriculum grounded in Indigenous pedagogies; and organized the Simpson Center graduate research cluster for Indigenous Studies for 2018-2019. She has taught writing courses on American Indian and Pacific Indigenous literature and media.

Sebastián López Vergara is a doctoral candidate in Comparative Literature, Cinema and Media. His research is informed by Indigenous Studies, Latin American Studies, and Cultural Studies. He participated in the 2017 Summer Institute on Global Indigeneities, received the 2017 WISIR Research Grant, and was part of the 2018 EWP’s Diversity, Equity and Inclusion Collaboration Grant. He published with Tony Lucero an essay review on Mapuche scholarship on Latin American Research Review. He also participates in the Simpson Center graduate research cluster for Indigenous Studies. He has taught film, media and English composition classes, Spanish language, and regularly volunteers with University Beyond Bars. 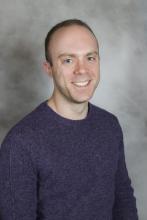 Caleb Knapp is a doctoral candidate in English at UW whose dissertation, The Persistence of Property: Sexual Violence and the Making of American Freedom, explores how liberal freedom in the US is imagined and constituted through forms of sexual violence. He has received a Mellon award to participate in the 2017-18 Sawyer Seminar on Capitalism and Comparative Racialization at the Washington Institute for the Study of Inequality and Race. His master’s essay on sexuality in the writing of W. E. B. Du Bois won the Hallien Johnson Memorial Fellowship in Women and Literary Study. He is currently pursuing a graduate certificate in Science, Technology, and Society Studies, and volunteer teaches at the Monroe Correctional Complex. 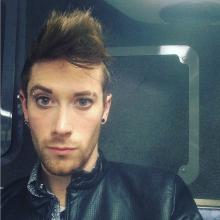 Alan-Michael (AM) Weatherford is a doctoral candidate in Comparative Literature, Cinema and Media at UW. He studies neocolonial violence under transnational liberal capitalism in the Americas post-WWII across the Franco-, Hispano- and Anglophone empires. He has worked with the Center for Teaching and Learning’s Theater for Change group that employs Freirian and Boalian Theater of the Oppressed tactics as a form of critical pedagogy. His work is deeply informed by Francophone Postcolonial Studies, Hemispheric Studies, and Queer of Color Critique in hopes of furthering theories of decolonization. He regularly teaches literature courses and French and Spanish language, in addition to volunteering at the Monroe Correctional Complex. 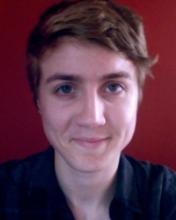 Logan O’Laughlin is a doctoral candidate in the department of Gender, Women, and Sexuality Studies at UW. They received their M.A. in Feminist Studies in 2015, conducting critical discourse analyses on popular representations of intersex fish and frogs exposed to toxins. Logan's doctoral dissertation continues to explore representations of toxicity in popular culture, paying specific attention to the way that normative ideologies of gender, sex, and sexuality work synergistically with racism around toxic spills. Logan has taught courses in GWSS, CHID, and English on writing for the social sciences, environmental studies, feminism, and queer studies. Logan is committed to dynamic, consent-based, feminist pedagogies that recognize students’ ability to contribute knowledge. For instance, they begin every quarter by drafting a contract with the students of what everyone can expect of each other and they incorporate various learning styles to make the class accessible and engaging, including embodied exercises, student co-facilitations, and service-learning options. They co-organized two GWSS roundtables on feminist pedagogies and collaborated with UW’s Interactive Theater as Pedagogy Project to host a workshop on fostering non-traditional learning. They are currently developing an LGBTQ Healthcare Training Pathway for the UW School of Medicine with the Ingersoll Gender Center. In recognition of their commitment to teaching for social justice, they were awarded the Doman Teaching Award in October 2016.

Jey Saung is a doctoral candidate in the department of Gender, Women, and Sexuality Studies at the UW. They received their M.A. in Gender Studies (Research) in 2014 from the University of Leeds, UK. Their thesis was entitled “Negotiating Biology: Queering the Reproductive Lesbian” and analyzed different ways in which biogenetic discourses were taken up by lesbian couples describing their experiences with reproductive technologies and queer family-building strategies. Their doctoral research expands on queer family-building by examining various technologies as entry points into a larger discussion of queerness, reproduction, race, and the state. Jey has taught courses at the UW in GWSS and English on composition and gender, race, and class. Their pedagogical practice centers students as knowledge producers, as exemplified through projects such as creating anthologies of students’ own “theories in the flesh” as inspired by This Bridge Called My Back and collective feminist zine making (in response to the 2016 presidential election). Through working with the Graduate and Professional Student Senate (GPSS) and Graduate School Core Programs, they have co-organized and moderated panels on campus on LGBTQ professional development and mentorship. They serve as a mentor with the UW Q Center Mentorship Program and also teach karate at a local dojo. Teaching martial arts to children serves as a constant reminder of the importance of embodied knowledges, kinetic learning, and commitment to feminist pedagogies. 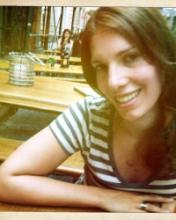 Nancy C. Iff’s (participated 2015-2017) research and scholarship focus on new media, cinema studies, popular culture, textual theory, and classics. She received a Doctor of Philosophy in Comparative Literature and Textual Studies in 2011 from the University of Washington, along with Doctoral Certification in the Cinema and Media Studies Program and the Program in Theory and Criticism. Dr. Iff has taught English, Comparative Literature, Film, Comparative History of Ideas, and Classics courses, both at the University of Washington in Seattle and at Hunter College in New York on topics such as comics, food, mythology, the undead, and detective fiction, amongst others.

Logan O’Laughlin (participated 2016-2017) is a graduate student in the department of Gender, Women and Sexuality Studies at UW. They received their M.A. in Feminist Studies in 2015, conducting critical discourse analyses on popular representations of intersex fish and frogs exposed to toxins. Logan's doctoral dissertation continues to explore representations of toxicity in popular culture, paying specific attention to the way that toxic spills co-articulate species with race, gender, and sex. Logan has taught courses such as Interdisciplinary Writing for the Social Sciences in Feminist Studies and Masculinities: Circulation, Contestation and Transformation. Logan is involved with the Critical Animal Studies Working Group and co-organizes the UW Que(e)ry Project, which is compiling a campus-wide survey to assess queer and trans students’ experiences with discrimination. 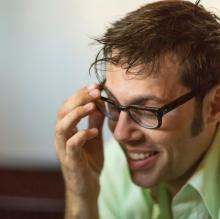 David Giles’ (participated 2015-2016) research experience includes five years of ethnographic participant-observation in Seattle, San Francisco, New York, Melbourne (Australia), and smaller North American cities, with chapters of Food Not Bombs—a globalized movement of autonomous groups that scavenge, glean, or dumpster-dive for food discarded by local markets, distribute it freely in public places, and in the process contest local geographies of homelessness and disparity. This research reflects his commitments to an anthropology that is both public and politically-engaged. His teaching interests have included the Political Economy of Homelessness, Urban Studies, Protest, the History of Liberal Political Philosophy, Post-Colonial Studies, Existentialism, and the Anthropology of Popular Culture. He has also studied and performed extensively within a range of musical traditions, including free jazz, ska, and punk rock. And he is an avid fan of the television show Doctor Who. 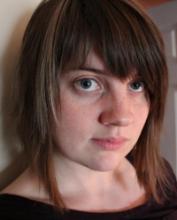 Kathryn (Katie) Gillespie's (participated 2015-2016) work explores geographies of food and agriculture and structures of power and privilege related to nonhuman animal lives, bodies and deaths. She is working on a book, The Cow with Ear Tag #1389 [under contract with University of Chicago Press], about the lives of cows in dairy production in the Pacific Northwestern United States. She is co-editor of Critical Animal Geographies [Routledge, 2015] and Economies of Death [Routledge, 2015].