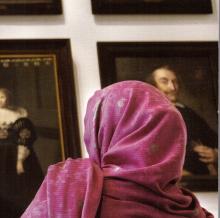 Russell Shorto has called Amsterdam “the world’s most liberal city,” and indeed, the Netherlands is well known for its “tolerant” approaches to drug enforcement, legalized sex work, and gay rights. However, recent events have brought this self-congratulatory attitude into question. In debates over immigration and multiculturalism, public commentators from across the political spectrum have argued for the limits of tolerance and the need to defend Dutch national identity against intolerant views, especially those allegedly associated with Islam. Large segments of the Dutch populace—and prominent politicians—have expressed fear, revulsion, and anger towards Dutch Muslims, whether recent immigrants or the children or grandchildren of so-called “guest workers” from Morocco and Turkey who helped power the Netherlands’s economic recovery after World War II.

This program contextualizes these debates by exploring the concept of tolerance in narratives of Dutch national history and in contemporary debates about the place of religion, race, gender, and sexuality in Dutch identity. Together with partners in the Netherlands, we will explore Dutch ideas and practices of tolerance and reflect on how these historical legacies are mobilized in contemporary debates over national identity.