Arts and Innovation in Lyon 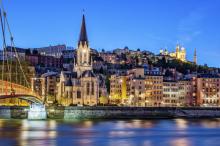 In the United States, science and technology are understood as drivers of society, whereas the arts are often considered superfluous. In contrast, In Lyon, France, the fine and applied arts have been integral to its development as a world city, spurring scientific and technological innovations and commerce, and have been infused into its urban character throughout the region’s illustrious history. Today, the visual arts, dance and music animate the city through public events, performances and celebrations. During CHID Lyon 2018, the city will host the La Biennale of Danse commencing with dancers and companies from all over the world participating in a jubilant “Parade for Peace.”

Experiencing this first-hand and learning to “read” the city through the arts will alter students perceptions about the social life of public spaces. Learning the basics of visual analysis, theories of place-making, and cultural criticism, students will develop techniques to explore societies new to them and ways to apply this innovative approach of thinking to their own studies.

Lyon is a UNESCO World Heritage site. As the second largest city in France, and the country’s gastronomical capital, Lyon offers a unique environment in which art has stimulated innovation for centuries. For example, at the turn of the 20th century, native sons Auguste and Louis Lumière invented cinema while at the same time developing scientific and medical devices.

Lyon is also celebrated for its integration of art, architecture, and urban design. The concept of public spaces for ordinary people, not just the nobility, had its origins in France. As early as 1604, Henry IV proposed a vast public space, now known as Place Bellecour, one the largest public squares in Europe. A vast network of public spaces, parks, and gathering places developed over the centuries creates a welcoming and dynamic city. Today, Lyon’s Confluence District, represents the most innovative integration of sustainable design in art, architecture, and landscape architecture.

Exploring this remarkable city, taking advantage of its diverse cultural offerings and immersing ourselves in a unique contemporary and traditional environment, students will come away with new insights about how to live, learn, work, and play.

Read more about the program on the 2017 CHID Lyon blog.

CHID 471: Arts and Innovation in Lyon

Past Programs in France