Made in the USA: American Occupation, Identity Construction, and Social Action 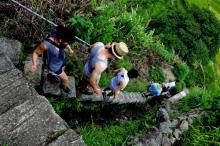 This program will examine the United States’ occupation of the Philippines and its implications on current as well as historical Filipino identity construction. Exploring historical texts, western and indigenous theory, art, Hip Hop culture, and local travel, we will ask how Filipino identities are negotiated and what it means to live in the islands.   The utilization of English as the primary means of education in the Philippines during the colonial era and the invisibility of Filipino contributions in the U.S. are some of the many issues we will consider. Specifically, we will engage the work of Filipino and Filipino American scholars and community members who assert that the colonial mentality created by the effects of 300-year Spanish colonization and American educational policy in the Philippines from 1898 to 1945 has impacted Filipinos as they learned to become Westernized and behave like Americans, speak Americanized English, emulate American culture, and absorbed American democratic procedures.  Although we will connect the Spanish influence in the Philippines and its impact on Filipino society and identity, this program will primarily focus on the role of American colonization, occupation, and education policies on Filipino identity formation.

The Philippines is an important site for studying the history of US colonialism because the archipelago was a territory of the United States for half a century. More specifically, focusing on the implementation of American education policy in the Philippines will help students consider the ways education policy at this time was part of a larger campaign of military colonial control. The program will be located at the University of the Philippines in Quezon City, part of Megalopolis Manila. One of the many unique values of this site selection is that it will allow our students to engage first-hand with Filipino citizens on the very topics we are studying.  Interacting with the students, faculty, and community from the University of the Philippines in Quezon City will allow UW students to see the vestiges of American colonialism as the outcome of this military colonial control and ideology within everyday life.  Furthermore, the students’ examination of this particular period in American history will allow them to make connections with how the outcome of United States jurisdiction implemented in the Philippines is still seen into the present-day.  This course will also broaden students’ framework and concept of civic engagement by working with community-based organizations in the Philippines.  We will also utilize the site for gathering evidence and examples of lasting Spanish legacy and American presence in the Philippines.

While the program will be located and anchored at the University of the Philippines in Quezon City, the Program Directors, local scholars, educators, and community organizers will teach the course both in Seattle and in Manila, beginning with a highly recommended, online, five-credit UW Summer course, "Introduction to Filipino Histories" (HSTCMP 205 / SISE 205A) and weekly pre-departure meetings during Summer Quarter A Term 2019. This course can also be taken in the Autumn of 2018. Students will then build upon this foundation in this 12-credit program during Summer B-Term 2019 in the Philippines. Incorporated into the curriculum will be a collaborative project that has a strong emphasis on direct community involvement.  While the program specifically will be utilizing the knowledge and skills of our local coordinators, students will have the opportunity to focus their projects on other aspects of Filipino society that have been pre-approved by the program directors.

*Note that the fees stated above do not include some additional costs, including, but not limited to: airfare, UW Student Abroad Insurance ($1.64/day), and personal spending money. Remember that these costs will differ by program. Be sure to read our Fees, Financing, and Withdrawal information for details about the fee structure and payment schedule.

Past Programs in Philippines