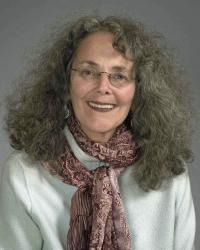 I am a social and intellectual historian of Southeast Asia with particular knowledge of the 19th and 20th century colonial Indies and postcolonial Indonesia and Java. I have spent about six years in Indonesia; my first visit to the islands of Java and Bali was in 1972-1973 before I began my graduate career. At that time I spent almost two years in central Java and Bali studying the connections between the Javanese performing arts and Javanese mystical traditions. I also lived in India for a few years and traveled between India and Greece overland several times.

I have carried out research in central Java, Bali, and Jakarta. My specialty is the oral and written literary traditions of Java and Indonesia in Javanese, Indonesian, and Dutch. I have more recently published on the transnational discourse of psychoanalysis as it spanned the world in the 20th century. My teaching runs from more general courses on the 19th and 20th century histories of Southeast Asia to more specialized courses on the performing arts in Java. I also teach about Indonesian Islam, colonialism, imperial formations, and issues of diversity.

My first monograph Shadows of Empire: Colonial Discourse and Javanese Tales (Duke 1996) was devoted to the oral traditions surrounding the transmission of Ramayana and Mahabharata stories from India to Java. This brought me to the theatrical world of the Javanese shadow puppet theatre, the conveyer of the Indian stories in much of the Southeast Asian world. I looked at how the stories changed over the years as they moved between villages and courts, and then between village traditions and contemporary fine arts academies.

My second monograph Situated Testimonies: Dread and Enchantment in an Indonesian Literary Archive (Hawai’i 2013) is devoted to the written literatures of Indonesia as they exist in Dutch, Malay, and Indonesian languages and literary traditions. This is where I have most fully developed my idea of literary works as “situated testimonies” of the past, drawing on the work of Donna Haraway and her term “situated knowledges.” I develop a methodology for historians to use literary works as part of their archives, and I suggest that fiction may be the best vehicle for capturing the social histories that elude much historical work.