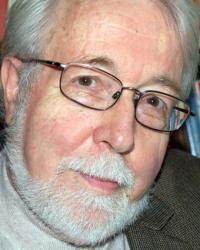 Leroy Searle has taught at the University of Washington since 1977.  He is now Professor of English and Comparative Literature, and has been closely associated with CHID since 1978.  isa His course, Method, Imagination and Inquiry (CHID 205 / ENGL 205) was one among the earliest courses in the CHID program, created under an NEH Grant in 1980.  The course is still offered yearly and was for many years one of a small group of CHID core courses.  Searle completed his Ph.D. in English at Iowa, and taught at the University of Rochester, where he founded The Society for Critical Exchange before coming to the UW.  He also studied with Thomas Kuhn at the Center for Advanced Studies at Princeton in 1975-76.  Other experience includes extensive computer programming , networking, and manufacturing, research in the history and philosophy of science, and music  (including musical instrument restoration), along with various kinds of metal and machine work. He has served in a number of UW administrative positions, including the founding director of the Humanities and Arts Computing Center, director of the College Studies Program, director of the Simpson Center for the Humanities, Graduate Program  Coordinator in Comparative Literature, and, in 2008-2010, the Joff Hanauer Honors Professor in Western Civilization.  His publications include Critical Theory since 1965, and Critical Theory Since Plato, 3rd edition, both with Hazard Adams, and numerous lectures, conference publications in several fields, with publications in literary history and theory, textual studies, photographic history and theory, and studies of Plato and Aristotle, Kant, Coleridge, William Blake, Charles Sanders Peirce, American literature and aesthetics.  Three longer scholarly projects are in progress, including books on Plato, Aristotle and Kant; Visible Intelligence; and Democratic Literacy and the Politics of Reading.  These are all connected to a developing intellectual and scholarly network devoted to innovations in intellectual history and theory, under the working name of The Tautegory Project, with participants and contributors from numerous North American and international colleges and universities.  Searle’s association with CHID has spanned most of his career at the University of Washington, including continuing service on the CHID ad hoc faculty committee.