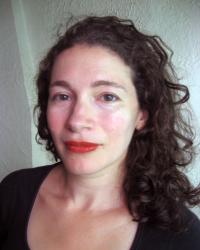 I am a scholar of modern Britain and empire who has been dedicated to exploring the global dimensions of British studies and participating in scholarly and public conversations about Britain’s shifting status in the world. My research interests include decolonization, comparative colonialisms, legal history, urban identity, gender history, and the history of material culture. At the University of Washington, in addition to my full-time appointment in History, I also serve as an affiliate or adjunct faculty member in African Studies, the Center for West European Studies, the Gender, Women and Sexuality Studies Department, Museology, the Program on the Built Environment, and South Asian Studies.

My two most important scholarly achievements to date have been my monographs, The Culture of Property (Chicago, 2004) and The Afterlife of Empire (Berkeley, 2012). My first book explored the legal and philosophical evolution of cultural property in Britain and its former empire. With my second book, I have moved into new chronological and geographical terrain. The Afterlife of Empire explores how decolonization transformed British society and the welfare state in the 1950s and 1960s. I argue that the collapse of empire was not just a military or diplomatic process, but also a deeply personal one that altered everyday life in Britain, restructuring daily routines, individual relationships, and social interactions. Using a wealth of recently declassified files from the National Archives, oral histories, court cases, press reports, social science writings, and photographs, The Afterlife of Empire seeks to recast the genealogy and geography of welfare by charting its unseen dependence on the end of empire. This book was awarded the Morris D. Forkosch Prize from the American Historical Association and the Stansky Book Prize from the North American Conference on British Studies.

Recently, I have begun research for a new book project, tentatively titled Unsettled: Refugee Camps in Britain. This project explores the creation of camps in Britain after the Second World War aimed at the reception and resettlement of three populations: Hungarians in the 1950s, Ugandan Asians in the 1970s, and Vietnamese refugees in the 1980s. Through an examination of these camps – their material culture, their complex interaction with tens of thousands of British volunteers, and the rich oral and archival history of their residents – I hope to understand more fully the dynamics of how Britons understood their changing role in the world. Taken together, these camps illuminate the fragility of welfare, its imperial inheritances, and its uneven relationship to international and global transformations.