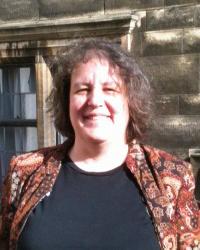 I am an historian of Russia and the USSR.   I am particularly interested in the USSR’s involvement in transnational movements and processes.   In addition to The Communist Experience in the Twentieth Century: A Global History through Sources (2011), and Power and the Sacred in Revolutionary Russia: Religious Activists in the Village (1997), I have published articles on Soviet social and political history.  I teach courses on Russian and Soviet history, the History of Communism, the Cold War, and the Spanish Civil War.

My current book project, Refugee Worlds: The Spanish Civil War, Soviet Socialism, Franco’s Spain, and Memory Politics, addresses questions such as these: what were the global consequences of the transnational lives set in motion by the Spanish Republic’s defeat in the Spanish Civil War (1936-1939)?   How do civil wars, and ensuing refugee movements, transform domestic polities, international systems, and transnational institutions?  I examine the “refugee worlds” of the nearly 5000 child refugees, political exiles, and other Spaniards who fled to the USSR because of the Spanish Civil War.  By “refugee worlds,” I mean the political, social, economic and cultural conjunctures that they imported in displacement, the unfamiliar societies in which they landed, and the new structures they created.

I give attention to the distinct and sometimes intersecting paths of Spanish Civil War refugees: to the children who at first resided in state-run homes, to the odyssey through the Gulag of some Spaniards, to the political careers of Communist party leaders, to the repatriation of some Spaniards in the mid- to late-1950s, and to the posting of Soviet Spaniards to Cuba in the early 1960s.   My project seeks to make original contributions to the historiography of Soviet Union (Soviet dialogue with Western modernities, the cult of World War II, de-Stalinization), to historiography of the Franco and post-Franco eras (state repression, development of civil society, evolution of citizenship), to global communism and anti-communism (Spain’s role in the Cold War and  Soviet aid in the Cuban revolution), to twentieth-century European and world history (the role of international relief and advocacy organizations), to refugee studies (contingent production of a “refugee” identity), and to history and memory (transnational organizations and advocacy networks).