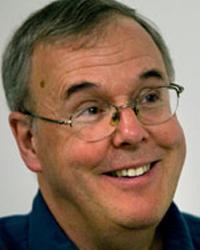 Doug Underwood is Professor of Communication at the University of Washington who teaches in the areas of journalism and literature, media and religion, journalism and trauma, and media ethics and management. He is the author of five books, including Chronicling Trauma: Journalists and Writers on Violence and Loss (University of Illinois Press, 2011), Journalism and the Novel: Truth and Fiction, 1700-2000 (Cambridge University Press, 2008), and When MBAs Rule the Newsroom: How the Marketers and Managers Are Reshaping Today’s Media (Columbia University Press, 1993). His 2002 book, From Yahweh to Yahoo!: The Religious Roots of the Secular Press (University of Illinois Press) won a Distinguished Book Award from the Society for the Scientific Study of Religion (SSSR). His latest volume, The Undeclared War between Journalism and Fiction: Journalists as Genre Benders in Literary History (Palgrave Macmillan, 2013), examines the challenge to the literary canon by the “new” journalism of the 1960s and 1970s and the tensions between journalists who have pioneered what is now called “literary journalism” and those who have turned to fiction writing instead. His course in narrative non-fictional writing gives UW students – including those from the CHID program – their own opportunity to practice the art of literary journalism. He is a former political and investigative reporter for The Seattle Times, the Gannett News Service, and the Lansing (Mich.) State Journal.