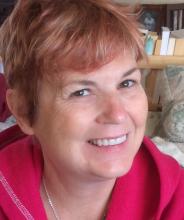 I transferred to the U-dub in 1982. My freshman year had been spent at Western Washington University, where I had come in as a political science major, but during the course of the year, anytime anyone asked me what my major was, I had a new answer each week as I struggled to find the right fit. I took some time off and went to Memphis , where I discovered that I wasn’t cut out to be a community organizer.

When I talked to an admissions counselor at the UW, she told me that a fairly new major might be what I was looking for. She told me that a young professor, John Toews, was assuming leadership of the program and that I should go talk to him. When I met him, Professor Toews and I spent a couple of hours talking, and I knew that I had found my place. When I wrote my undergraduate honors thesis, I was only one of two seniors who were doing so, so Jody, my sister Chiddie and I, met with John weekly while we finished up. Jody wrote something brilliant, but I ended up taking an “incomplete” and eventually turned in a project on Emma Goldman that was, frankly, not as good as I had originally envisioned.

Several years later, I came back to the UW and John, Mary O’Neil, and Elisabeth Domansky advised me as I pursued an M.A. in History.  In 1993, I was admitted as a Mellon Scholar to Cornell University's History PhD program. My husband at the time, and my 2-year old daughter, Saoirse, who I had been pregnant with in graduate school, packed up and moved to Ithaca, New York.

But five years later, after giving birth to my second daughter, Caoily, and after two years of working on my doctoral thesis on 15th century Italy, I realized that the only reason I had ever wanted to be a historian was because I wanted to write. I wanted to tell stories that would allow me to get inside the minds of the women and men I studied in the archives. However, a combination of post-structuralist theory that taught me I would end up writing fiction with footnotes, and the longing to write essays, made me abandon my program all-but-dissertation (ABD).

Five years later, after working in sports journalism, I had a half-completed novel and a marriage that no longer worked. Thus began a brand-new life at age 38 that would plunge me into food insecurity. But it was also a time when I started paying attention in ways I never had before. I began my writing career writing about the tiny details I saw when hiking. As I grew bolder, I started writing about feminism, power, and misogyny — the same issues I had written about in grad school.

In 2010, I wrote my first article for Salon, in which I told the story of a tragic first date. I also tackled the gender and racial politics of the first seasons of “The Walking Dead.” I wrote several articles for Salon while I was still teaching creative writing at the State University of New York-Cortland.

In 2015, my partner, Rob, and I decided that the time to “jump” had come. We both quit our full-time jobs and we moved to Florida in order to be close to my widowed mother. We now run a small creative services company, (http://AmberSands.net) and I now write for outlets that include The Guardian, Marie Claire, and ReWire. My main gig is with Signature Reads, where I write frequent book reviews and commentaries about the intersection of literature and politics.

I use parts of my CHID education in nearly everything I write. I call upon my knowledge of intellectual history, gender studies, philosophy, sociology, and literature when writing book reviews, or when I’m thinking about aspects of American politics. But I also feel that the interdisciplinary nature of my CHID education also prepared me for the life I have chosen. My education taught me that nothing is absolute, and no matter how locked into a situation I may feel, some combination of thinking, feeling, and luck will help me to see the issue in a different way, which is the first step to changing the situation. It’s why I was able to take the huge step of walking away from a tenured position with benefits in order to pursue a lifetime goal of being a full-time writer.