A Narrative of Pregnancy 2.0 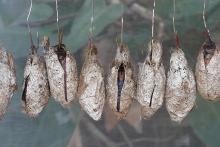 Crystaline Brown is finishing her CHID senior thesis by writing speculative fiction, which focuses on pregnant bodies. One of her favorite things about CHID is the desire to find connections between things that are not obviously connected, explore those connections, and then ask questions.