Planning for the Future: Fundraising for an Endowed Professorship 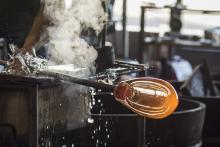 As noted in prior newsletters, CHID faculty, students, staff, and alumni have been intensely involved in the program’s Ten-Year Review Self-Study over the past few years. The CHID community has soul-searched, discussed, written, met with review committee members—and written some more—as we have pondered and planned the CHID Program’s next decade as an undergraduate program at the University of Washington. In their report, the review committee noted that “CHID is a clear site of excellence at the University of Washington. It is delivering the methodology of graduate education, focused on independent thinking and primary research, to undergraduates with enormous success.” In addition to this glowing review of CHID’s educational practice, the committee affirmed the following, unequivocal support for expanding the number of permanent CHID faculty: “We strongly recommend the approval of two 100% faculty lines, with at least one new line in the next two years and a second hire over the next five years.”

Currently, CHID’s three full-time associate professors, one of whom serves as CHID Director, one 75%-time senior lecturer, and one 50%-time lecturer each teach 3 or 4 courses annually, in addition to advising and mentoring the many students who dedicate considerable time and energy to creative projects as part of their Senior Thesis and other course-related research. CHID faculty are some of the most dedicated, inspiring, and innovative at the University—three have received the exceptional Distinguished Teaching Award, granted to only five UW faculty each year. Even so, our faculty are extremely busy and can only do so much. CHID is in need of additional, permanent faculty to sufficiently support and mentor our students.

While we continue to pursue and hope for additional, permanent funding from the College, the reality—due to bureaucratic and current financial considerations—is that we cannot count on it. With this in mind, CHID is now in the early planning stages of a campaign to raise $4 million over the next several years to fund a permanent, endowed artist/scholar professorship. As depicted in the Ten-Year Review Self-Study, CHID envisions a faculty member whose work bridges the divide between theoretical or critical work and the production of creative works, and who will bring three complimentary skill sets: teaching and publishing on the role of politics and aesthetics in culture, helping and mentoring students to create and evaluate artistic as well as multimedia projects, and making art itself. CHID students have been making scholarly projects that are creatively engaged for years now. This professorship will support students by giving them the aesthetic, practical, and theoretical guidance they crave.

CHID staff are receiving support and guidance from the UW Advancement Office for this crucial endeavor. Yet support from the CHID community is also readily available: the recently-established CHID Alumni/Student Board, comprised of 4 CHID alums and 1 current CHID student, is a motivated, capable task force willing to pitch in and support this effort.

We are truly in the beginning stages and many details need to be worked out. As we progress through the campaign, we will continue to update the CHID community through this semi-annual newsletter; on our website, Facebook page, and Twitter feed; and other media outlets.