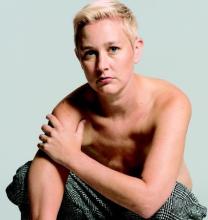 I'm writing now from a hotel room somewhere in Cincinnati. I'm on a road trip with my dear friend Beth Fairchild, spokesperson for METAvivor.org. Beth is a huge advocate for metastatic breast cancer research. She is also dying. For the last week I have been road-tripping with her and traveling to different events. Monday there was a fundraiser meet-up, followed by a huge “die-in” rally on the west lawn of the Capitol Building in Washington DC on Tuesday. Last weekend we attended the 9th Annual Metastatic Breast Cancer Forum. We still have three more major meetings and events before I fly back to Seattle. I am now trying to figure out how I can lend the intense and unexpected media attention I have garnered to draw attention to the only breast cancer that kills: metastatic breast cancer (cancer that has spread beyond the breasts).

Since graduation in June, I have been traveling extensively, but this is the first time my traveling has focused on events and awareness-spreading that will save lives. So let me back up a little bit.

My CHID thesis was titled Flattopper Pride: Cancer and Gender. "Flattopper" is now a trademarked term to describe a person who has had breast cancer and breast amputation without reconstruction. The misguided popular opinion is that most women have reconstruction. In fact, 58% of them do not. When I started treatment for breast cancer in 2012, I only knew of one other Flattopper by happenstance of having the same surgeon. I felt isolated in my treatment for many reasons. First, I was young - 30 years below the median age of diagnosis to be exact. Second, I was queer - support groups and conversations about the disease often felt very heteronormative and focused on enforcing hegemonic beauty standards. I felt that being queer gave me more freedom to make choices about my body and surgery that were centered on healing and wholeness, rather than upholding gender-specific beauty norms. In short, my breasts needed to be amputated to save my life, and I didn't need to promote the false impression that I had breasts, either with implants or prosthesis. I knew that there were other people like me, but where could I find them?

In February 2015, and as part of my thesis, I launched a website to coincide with my first media representation of Flattopper Pride. I also began the work to turn Flattopper Pride into a 501(c)3, or non-profit organization (NPO). I teamed up with two dear friends who have an underwear line designed for all genders, and we made an ad campaign featuring myself and two other Flattoppers.

What did I do with my CHID degree? I modeled underwear.

The photo campaign went viral. As I struggled to finish my last quarter at UW, I found myself (usually in my underwear) featured in articles all over the world, from People.com, to Women's Health, and all the way to Glamour magazine. For the first time ever, Glamour magazine printed a picture of a person who'd lost their breasts to cancer, and after many stern conversations, they agreed that the photo they would use would feature me topless.

What did I do with my CHID degree? I modeled high-end fashion in Glamour magazine. I demonstrated to the world that a person could lose their breasts to disease and still be confident and beautiful.

The first phase in the 5-year plan of my NPO was visibility. While I had originally wanted to write theoretical articles, I realized that I was getting way more attention and visibility using images, mainly via social media. I think the first phase has been accomplished. My NPO and I have now been written up in more than 35 countries. I've travelled all over to work with photographers, filmmakers, and documentarians. I was in 6 countries within a month this summer. Visibility has been achieved. When I started this campaign, there was really only one Flattopper with visibility that anyone knew of, and that was Tig Notaro. Now we are everywhere. Last month, I was doing a topless demonstration in Milan, Italy and passersby recognized me.

What did I do with my CHID degree? I modeled underwear in Times Square as a Flattopper. I traveled all over Europe to work with professional photographers to promote my NPO. I made a music video. I was featured in documentaries and TV shows. I was recognized by strangers on the streets of Milan.

In 2012 I feared for my life. My original diagnosis was incredibly horrifying and intimidating. Yet here I am, almost exactly three years later, using my voice to spread awareness and help others. I've made a voice for the queer community in the cancer world. My image has been in every type of media platform available that to show that Flattoppers exist, and in doing so, gave women hope and education to take charge of their medical choices and exercise autonomy in their medical and surgical decisions.

In 2015 I find myself surrounded by activists in the cancer world who have paved the way for movements like my own. I find myself shifting the focus of my activism as I learn more. When I met Beth Fairchild in June, I knew very little about Metastatic Breast Cancer (MBC). I did not know that MBC is the only breast cancer that is lethal. A diagnosis of MBC means your chance of dying from it is 98%. Your given survival time at diagnosis is 18 - 36 months. Many of my closest friends are dying. And yet, of all the money raised through breast cancer campaigns, less than 8% goes into researching MBC. Fuck the pink-washed "save the tatas" campaigns; people are dying and their breasts are the least important thing when faced with the reality of imminent death.

My campaigning continues, and I find myself at an important juncture. How can I lend my voice and my media attention to the cause of MBC and actually make a difference that will help people live? I still mediate support groups and message boards for queer cancer patients, mediate my own medical treatment, and promote awareness of surgical options so that anyone facing mastectomy can feel more empowered and more aware of their choices. I still work every day as advocate for cancer patients. I still engage my cancer experience as an active agent, with the knowledge that it can challenge misconceptions about gender and hegemonic beauty standards. I still view cancer as a fissure, which can be utilized for effecting positive change. Now, I must put more energy into actually trying to help people stay alive.

I have used my knowledge of affect theory, identity politics, bio-medical ethics, and other important theoretical registers I studied in CHID to make my campaign a successful one. Now I will learn how to use that same knowledge, and the media attention it has garnered to become a voice for MBC and the organizations that are raising money for research funding.

What am I doing with my CHID degree now? I'm trying to save lives. My friends are dying and I won't stand for it. I am using my voice as my most important tool to advocate for their lives, and for the empowerment of female patients.