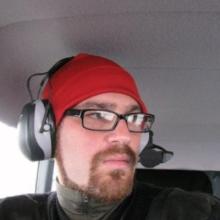 Two years as a Peace Corps volunteer in Jamaica, and Raz Barnea never lived the same day twice. Stationed across the island in the late 2000s, Barnea, who’s currently working toward his law degree at the University of Washington, never knew what a day would bring.

“As a Peace Corps volunteer, you’re sort of always on call,” he says. “That’s what I miss most about Jamaica.

Being on call meant some days were spent forming relationships with the fishermen, diving to study invasive species or traveling to the bush to help farmers plant pineapple bushes. Others were devoted to working with kids, collaborating on an illustrated book that helped teach children about lionfish — a mystifying sea creature that wreaked havoc on the local reef ecology and changed the way locals made a living. He even helped construct a saltwater aquarium to further educate the Jamaicans about life under the surface of the sea.

Before he gave his life to serving others, he was a student. His ties to the UW reach back much further than his time in class, though — Barnea was brought up in UW Family Housing as his immigrant parents, who believed strongly in public service, earned degrees from the University.

“UW Family Housing was probably the closest thing to a kibbutz — a collective farming settlement common in Israel, where my father was raised — on the planet,” says Barnea. “It was an amazing place to grow up; everyone looked out for each other and it was a very international village, with Ph.D. candidates and post-doctorates from all around the world.”It’s fitting, then, that Barnea first went to the UW — “a first-rate institution right in my backyard” — to earn his bachelor’s in the comparative history of ideas (CHID) while working at the Carlson Leadership & Public Service Center. CHID is an interdisciplinary study that examines the relationship between ideas and their cultural, historical and political contexts, and sends students to countries all across the world.

Barnea was sent to South Africa. “It was really eye opening and adjusted my perspective, and my experience witnessing the underdeveloped townships made me want to serve in the developing world,” he says. Barnea’s CHID studies and time in South Africa prepared him for the culture shock of living in Jamaica — a postcolonial country, like South Africa, struggling with many of the same complex development issues.

Barnea earned his masters in marine affairs from the UW when he returned from the Peace Corps, and now, he’s working toward his law degree with hopes of one day finding a future in the environmental field. “I believe very strongly in giving back to the community,” he says.

“Like law, the work I did in the Peace Corps gave me an opportunity to balance the needs of the systems with the needs of the people. At the UW, I’ve learned to be very aware of how complex culture actually is, and to approach it with humility, curiosity and gratitude to the people who take the time and effort to extend trust to you. This perspective was perhaps the biggest asset I had going into the Peace Corps, and will carry through the rest of my life.”