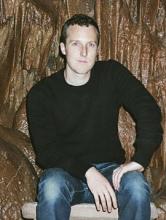 Thursday, March 12
CMU 120
3:30 – 5pm
“The most controversial theme park in the world…”
Dwarves Kingdom tells the extraordinary story of the little people (with dwarfism) who perform and live in a fantasy recreation of a magical empire. This otherworldly kingdom, officially called World Ecological Garden of Butterfly and Little People Kingdom, is located in the mountains of Western China.

Mushroom cottages and castles dot the landscape of Dwarves Kingdom. Tourists travel to catch a glimpse of little people singing, dancing and performing. The strange and novel theme of the park attracts many curiosity seekers, but for the little people this is their home and livelihood. Critics liken the park to a human zoo although its founder and CEO, Mr. Chen, claims that he has created jobs for an underclass that would otherwise be unemployed.

Mr. Chen envisioned the theme park after a chance encounter with two little people he met on a train. Their stories of unemployment and rejection inspired Mr. Chen to invest his small fortune in a huge swath of land in the mountains of Yunnan, China. Here he designed and built his fantasy amusement park inspired by the fairytale of “Snow White and the Seven Dwarves.” His wish is to eventually have more than 3,000 little people from all over the world living and working at Dwarves Kingdom.

Featuring an original and inventive soundtrack by the rock band Portugal. The Man, Dwarves Kingdom guides us through a land where we meet a Guinness World Record holder tight rope walker, and the wealthy owner whose love of American fantasy films has inspired the construction of an “Avatar-like” tree that stands more than 8 stories tall. Did I mention the 6-legged mutant cow?

Through music, interviews and rich observational footage, the film tells the life-affirming stories of these people who live and perform in this unique and controversial setting.