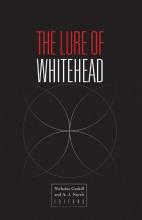 CHID Instructor Adam Nocek has co-edited a new volume (with Nicholas Gaskill) on the Lure of Whitehead, which offers readers not only a comprehensive introduction to Whitehead’s philosophy but also a demonstration of how his work advances our emerging understanding of life in the posthuman epoch.

Once largely ignored, the speculative philosophy of Alfred North Whitehead has assumed a new prominence in contemporary theory across the humanities and social sciences. Philosophers and artists, literary critics and social theorists, anthropologists and computer scientists have all embraced Whitehead’s thought, extending it through inquiries into the nature of life, the problem of consciousness, and the ontology of objects, as well as into experiments in education and digital media.

Published by the University of Minnesota Press, the book is available now. Contributors include: 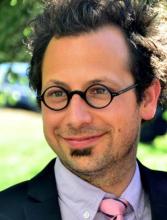 A.J. Nocek is a PhD candidate in the Comparative Literature Department at the University of Washington, as well as an Instructor in the Comparative History of Ideas Program. His research and teaching span the history and theory of visual media (with a focus on animation and avant-garde cinema), media ecology, cultural studies of science and technology, critical and speculative design, and Continental philosophy. Nocek has published essays on the philosophy of Alfred North Whitehead, aesthetics, architecture, and biotechnology. He is the co-editor of the collection, The Lure of Whitehead (Minnesota 2014), and a special issue of the journal, Inflexions, titled "Animating Biophilosophy" (2014).