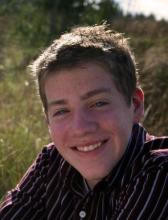 Established in 2014, the Colin Wang Memorial Scholarship offers an annual award of $1000 to an undergraduate studying abroad on a CHID-sponsored program. The scholarship was created in memory of University of Washington student Colin Wang, who passed away in the Fall of 2013, and it is funded jointly by his family and by the Comparative History of Ideas Program.

Colin participated in CHID’s Amsterdam program in the Summer of 2013. As a Sociology major, his course of study considered the multiple ways that cultures become racialized, and he approached this topic through the lens of comedy, using humor to shed light on the problems of race and ethnic identity.

CHID Amsterdam Program Director Stacey Moran says, “Colin was an exemplary study abroad student: open, curious, and hard-working. Though deeply distressed by what he saw so clearly in European countries—especially racism—he looked around eagerly for solutions. I believe that what Colin took away from his study abroad experience is precisely the reason so many students take these trips: to grow, evolve, be personally affected by the trip. Colin was deeply affected by his trip, and concerned about what to do with his new knowledge. He had a deep sense of the caring and the complexity involved in political awareness and activism.”

As an aspiring stand-up comedian, Colin’s final project for the program was to design an approach to cross-cultural exchange whereby individuals could openly communicate about their differences through comedy and laughter. Though he was an eager student and loved to talk, share, and learn, he also detested essay-writing. Thus, in order to compete for the scholarship, students were each asked to submit an original limerick, along with a short essay describing how the poem relates to their study abroad goals. 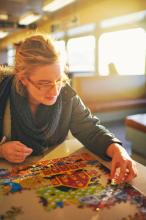 The first recipient of the Colin Wang Memorial Scholarship is CHID student Elizabeth Schiffler, who will be studying abroad on the CHID Iceland program this summer. Her limerick tells the story of a sparrow propelled out of its home by the need to travel and find connections with the world:

The character of the sparrow relates directly to Elizabeth’s research on myths in Iceland. It represents a type of ancient being that can teach through storytelling, and whose narrative relates directly to its environment. “Sparrow’s actions are controlled by the landscape: responding to the movements of the earth, forces greater than itself. Iceland is dominated by its dramatic environment. Volcanoes, rough climate, and geothermal activity have shaped how its inhabitants can survive. I hope to be vulnerable and receptive to the landscape and people, permitting Iceland to transform me into a more aware, connected, global citizen of the world,” Elizabeth says.

CHID would like to extend our warmest and most sincere thanks to the family of Colin Wang for enabling the continued research and broadening the experience of our scholars abroad.