Back by popular demand for Summer Quarter!  CHID 495: Animation: Miyazaki and the Vitality of Media 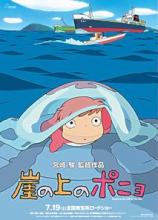 Available A Term. Receive VLPA credit and it fulfills CHID Ideas in the World and elective credits.

Although the class meets MTWTh  130-320, M and W are film screenings of Hayao Miyazaki's films and other important anime. Tuesdays and Thursdays we talk about the films in relationship to readings we've finished. Some of the films we will watch:

Nausicaa of the Valley of the Wind

Castle in the Sky

Plus many more shorts from the world of Japanese popular and fine art animation!

This class will use Miyazaki’s films as prisms to investigate the interrelatedness of five specific topics:

1) Japanese culture in globalization. The rise of popularity of manga and anime is a fascinating investigation of the relationship of Japanese media production in relationship to an increasingly globalized economy. The beginnings of anime can be read as Japan exploiting a niche in the increasingly high sakes entertainment industry.

2) The importance of animation in contemporary media. Once it became popular, anime started influencing other media, such as live action movies (The Matrix), electronic gaming (Final Fantasy), television, and card games (Pokemon). Today, much of our entertainment media is either animated or possesses animated components. A close study of Miyazaki’s anime thus offers an especially rich understanding of the aesthetics and use of moving drawn images.

4) Gendered uses of technology. Technology figures prominently in most anime, including Miyazaki’s. Although he eschews the overtly robotic or mechanized technology, he still fills his films with flying machines, boats, guns, and fanciful land transportation. Importantly, since many of the heroes in Miyazaki’s films are female, the films provide an interesting lens to interrogate gendered assumptions about technology use.

5) Dreaming and imagining new futures. Because of its ability to construct fanciful worlds, animation is an oft used tool to imagine potential futures. This is perhaps more true for anime than other forms of animation. Miyazaki’s films are especially preoccupied with re-imagine new modernities, especially new and less destructive relationships with machines. What is it about animation that allows for this? How exactly does Miyazaki exploit these qualities and what do they tell us about the history of Japan.